Coiledspring Games enjoys its most successful Expo ever

You are here:
News 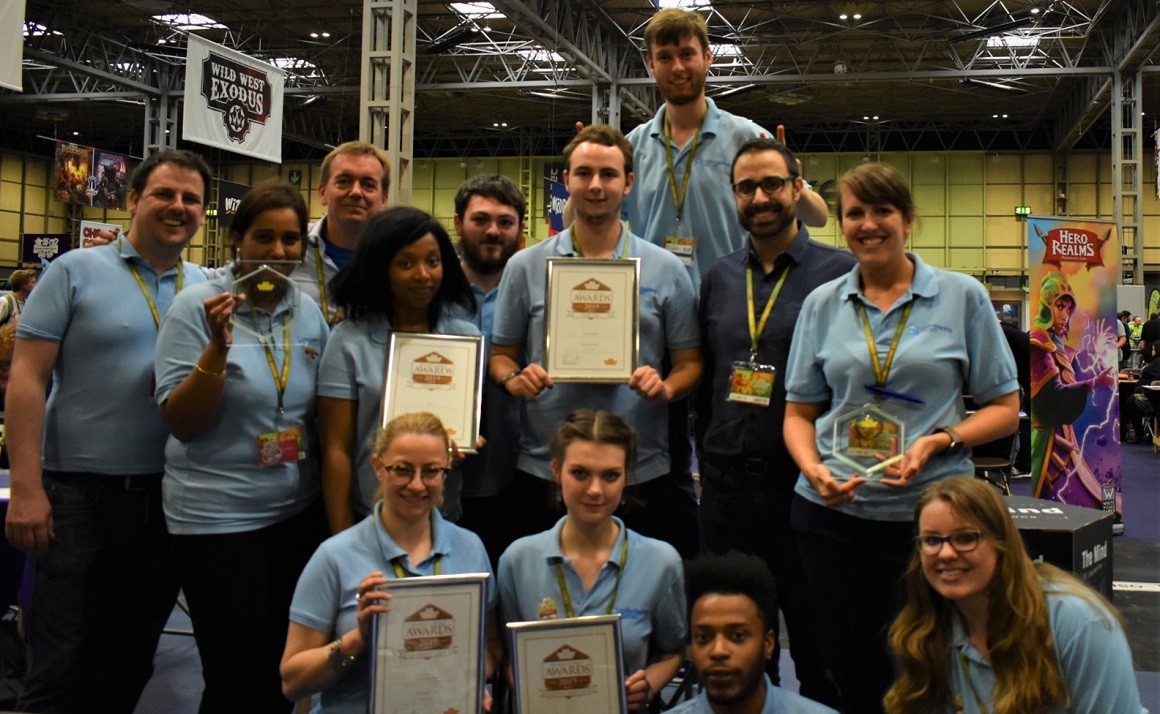 Five out of the six shortlisted games were voted best in their categories at this year’s UK Games Expo Awards at the NEC in Birmingham, which took place from 31st – 2nd June.

The award-winning games were:

“We have had a very successful three days at the Expo”, said Roger Martin, Managing Director of Coiledspring Games. “Our games provided entertainment and enjoyment for so many people. We are absolutely delighted that four out of five games won in the people’s choice category. This emphatically shows that our games are what people want to play. The Mind swept the board winning both Judges Choice and People’s Choice. It’s a wonderful game, truly an experience, and is well deserving of these latest accolades. Another two awards to add to its growing list!”

Carl Brière, Sales Director, Scorpion Masqué, comments, “At Scorpion Masqué, we feel very honoured to see Decrypto and Zombie Kidz Evolution being selected as the best games in their category by the UKGE’s public vote. A big thank you from Montreal!”

Wolfgang Warsch, Inventor of The Mind and Quacks of Quedlinburg said, “I have been living and working in the UK from 2012 until 2016. This has been the time where I have been introduced to “proper” board games by my English friends. Now seeing that my games are that well received in the UK feels just great! Thanks to all who voted for my games!”

In addition, Coiledspring Games had the privilege of showcasing the highly anticipated Sushi Roll, with limited pre-release copies available for sale during the show. Sushi Roll, is a dice-based version of the best-selling card game, Sushi Go! Sushi Roll proved popular, selling out soon after the expo opened on Friday. Its main release is scheduled for the end of Q3.

Coiledspring Games also helped to run a mass game of Happy Salmon, raising money for Seren’s All Stars charity. Over 200 people part, it was a fin-tastic event! If you missed it, OnTableTop were on hand to film it – check out the footage here.

Best Party Board Games to Play this Summer
2nd July 2021

Spotlight: Sharon Gill’s Top Five Board Games this Year
21st May 2021
FOLLOW US

Check us out on: